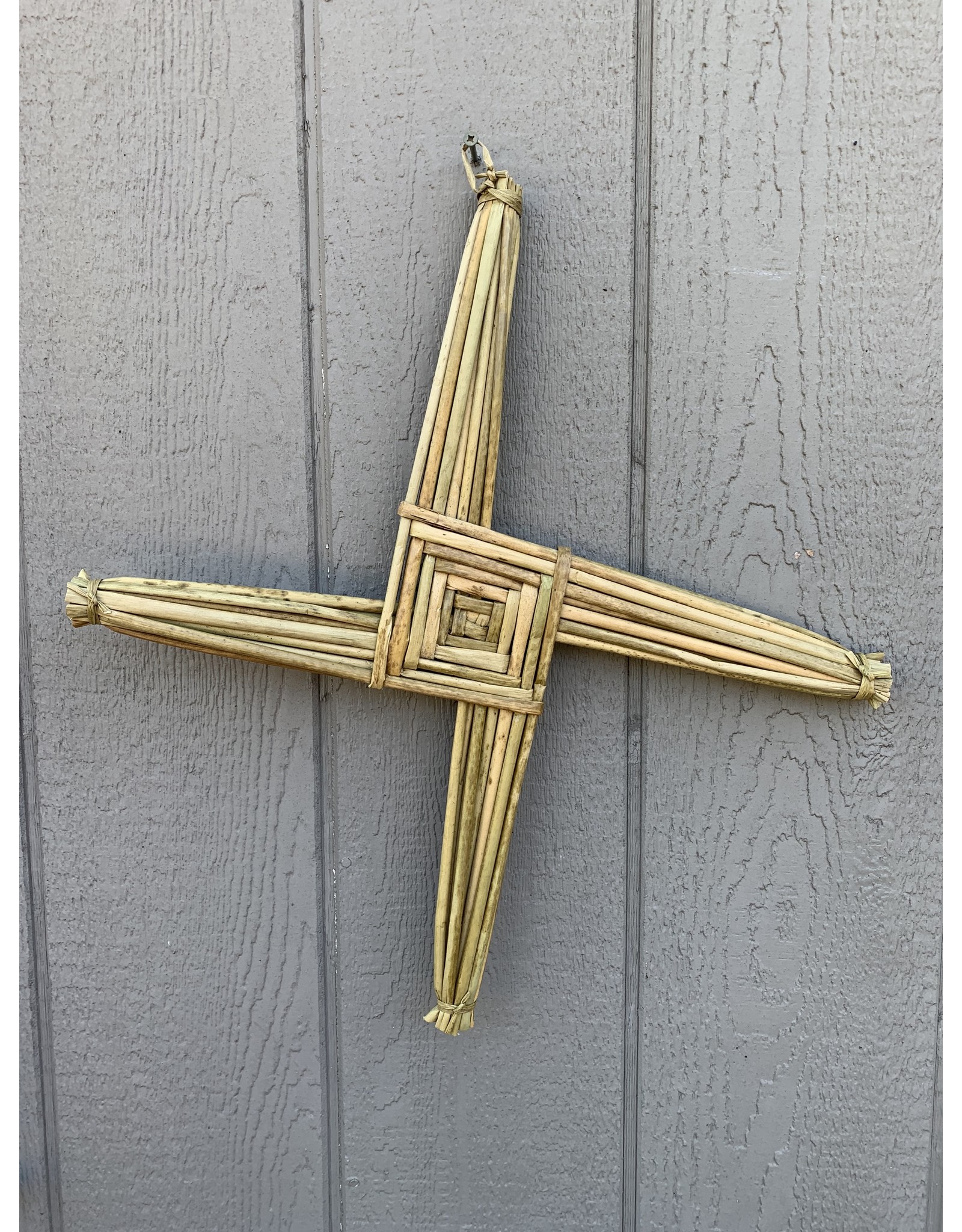 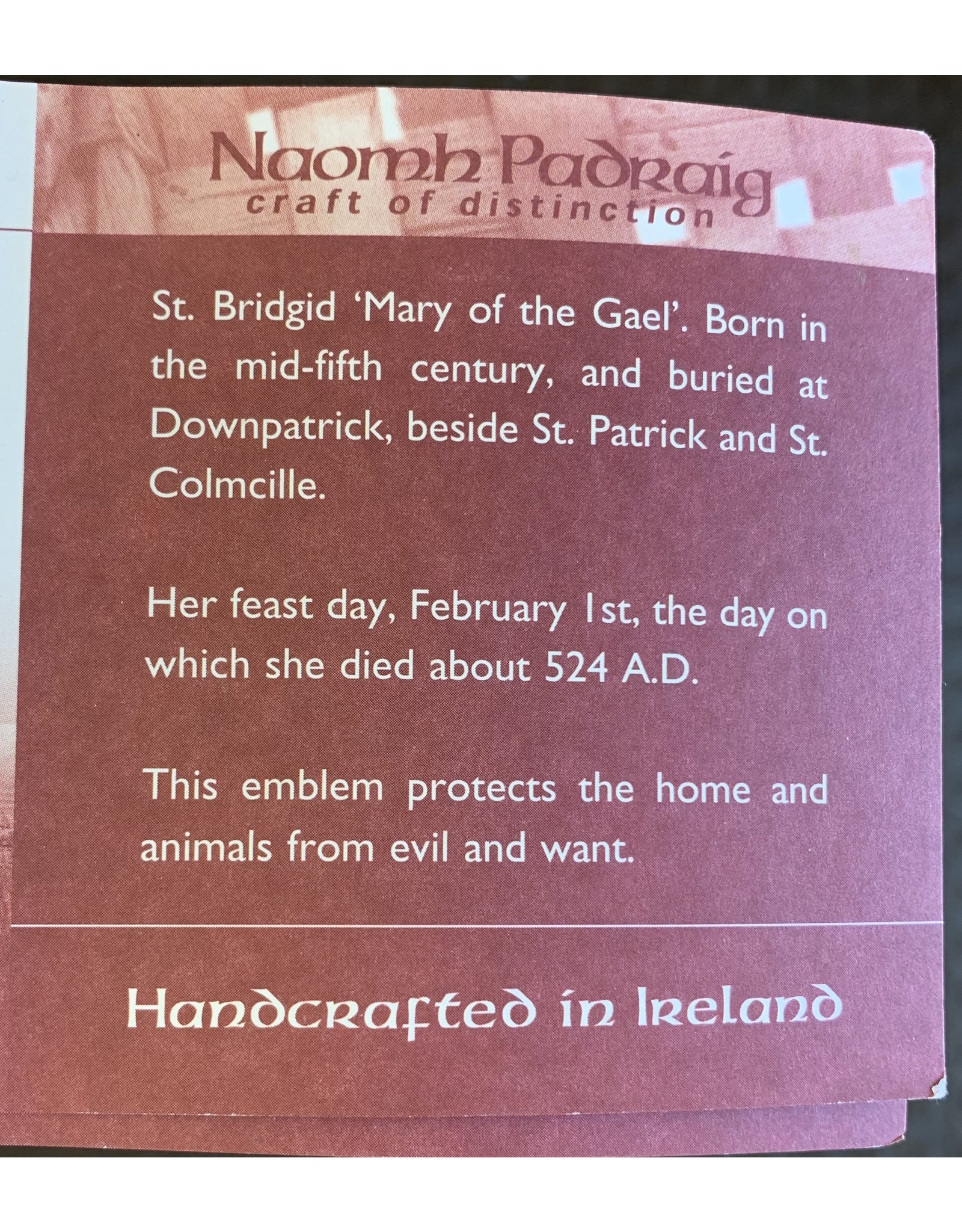 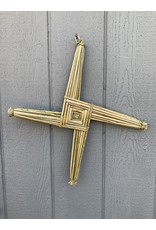 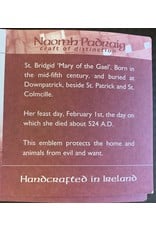 St. Bridgid 'Mary of the Gael'. Born in the mid-fifth century, and buried at Downpatrick beside St.Patrick and St. Colmcille. Bridgid built the first Irish Convent beside a giant oak tree - this place became known as the Church of the Oak (Cill Dara) or Kildare as it is known today. Daughter of a pagan chieftain - a stubborn unbeliever, before his death Bridgid sat by him in prayer, and whiled away the time by weaving the first St. Bridgid's Cross from the rushes strewn about the floor (rushes and rush matting was the floor covering of the time). Her father, seeing the Cross, asked her to explain its meaning, and was so overwhelmed, became a Christian before his death.

The St. Bridgid's Cross is  placed in cottages, and out-offices on her feast day, February 1st, the day on which she died about 524 AD. It is believed this emblem protects the home, and animals from evil, and want. Tradition tells us that some time later every county in Ireland had its own design of St Brigid cross, however because of the nature of the material few specimens remain today.
Add your review
0 stars based on 0 reviews
brigid cross / feast day / irish cross / patron saint of ireland / rush cross / st bridget / st. brigid / 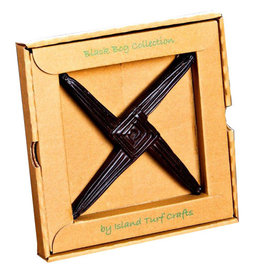