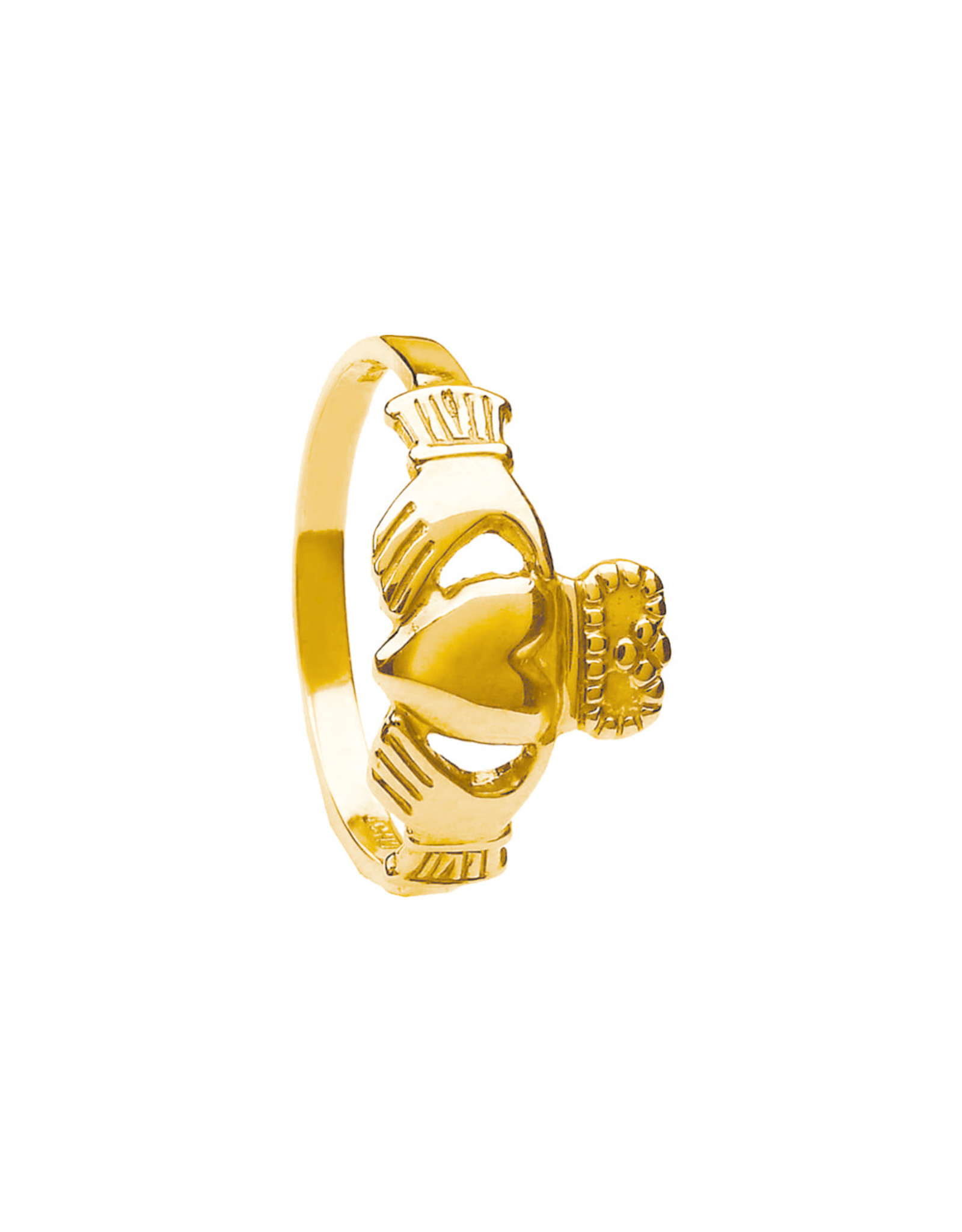 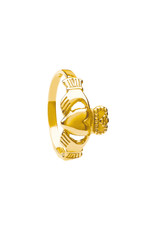 The Claddagh Ring dates from the 17th century and originated in the little fishing village of Claddagh in County Galway, Ireland. The name Claddagh comes from the Irish “Cladach” or “the shore”. The Claddagh is a traditional Irish ring exchanged as a token of love.

Legend has it that Richard Joyce, a Galway native, was captured and sold to slavery in North Africa. However, Joyce found himself slave to a Turkish Goldsmith, and from his master he learned and excelled at the craft.

He was finally released after 14 years, on the orders of William III. The Goldsmith for whom he was working for was so impressed by his work that he offered his daughters hand in marriage to him as well as half his property to try and get him to stay.

But Joyce refused the offer and returned to Galway, where his sweetheart awaited him. But while in captivity, he had made what we now know as the Claddagh Ring especially for her. There he carried on business as a highly successful goldsmith until his death.

The Claddagh symbol consists of three different elements intertwined to form one of the most heart-warming and beautiful symbols in Irish culture. Combining a heart balancing a crown on its top and held aloft by the pair of outreached hands, the Claddagh symbolizes love, loyalty, and friendship. 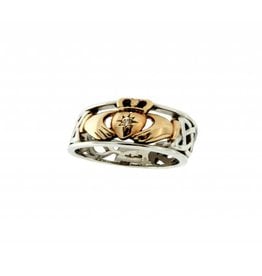 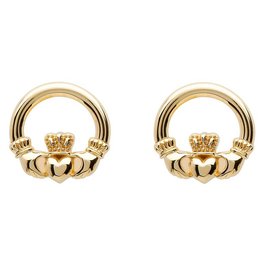 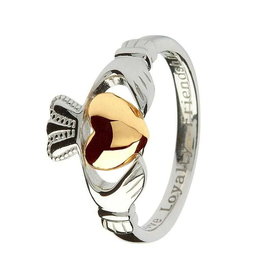