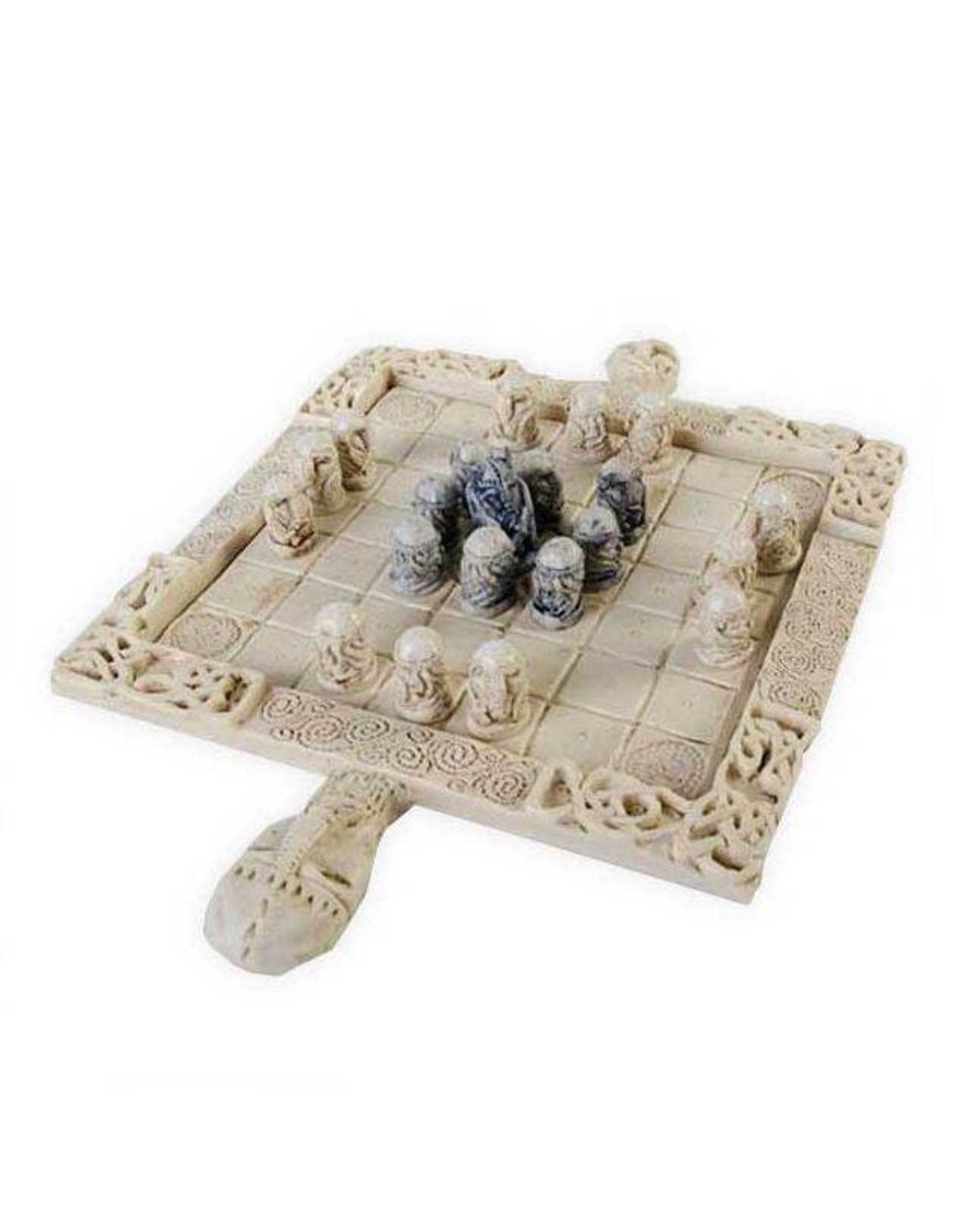 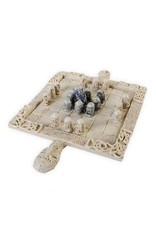 The Celtic Chess Set is based on the ancient Irish game of 'Fidchell', devised by Lugh the Ildána, Celtic God of Arts and Crafts in the 9th Century.

The four corner squares represent the four provinces of Ireland and the centre square is the fifth province - Meath, where the High King sat on the Hill of Tara. The High King has eight defenders. There are twelve attackers. The objective of the game is for the High King to travel to one of the four provinces without being captured. With 12 attackers and only 8 defenders how is the King ever to win? Skill and wit, as ever, holds out!

This Celtic Chess Set is a fantastic gift from Ireland for the cultured collector to treasure.

This Celtic Chess Set is made from cold cast porcelain, i.e. a porcelain powder that is bonded so that they are both decorative and functional,which means they don't break easily. O'Gowna was taught this process over twenty years ago by Royal Doulton master craftsmen.

As this Celtic Chess Set is handmade there may be slight visual variations, however, the same high quality of craftsmanship will apply to all sets.